It should be noted that both the sugar-phosphate backbone conformation and base reference frame (position and orientation) are preserved in the mutation process. Therefore, the original and mutated structures share the same base-pair/step parameters.

Example 6-1: Mutate a nucleic-acid-containing structure by using the PDB/NDB ID

The user first enters a PDB ID (for example "355D") and clicks the 'List all bases' button.

Then the user is directed to an intermediate page where an enumeration of all bases is listed. 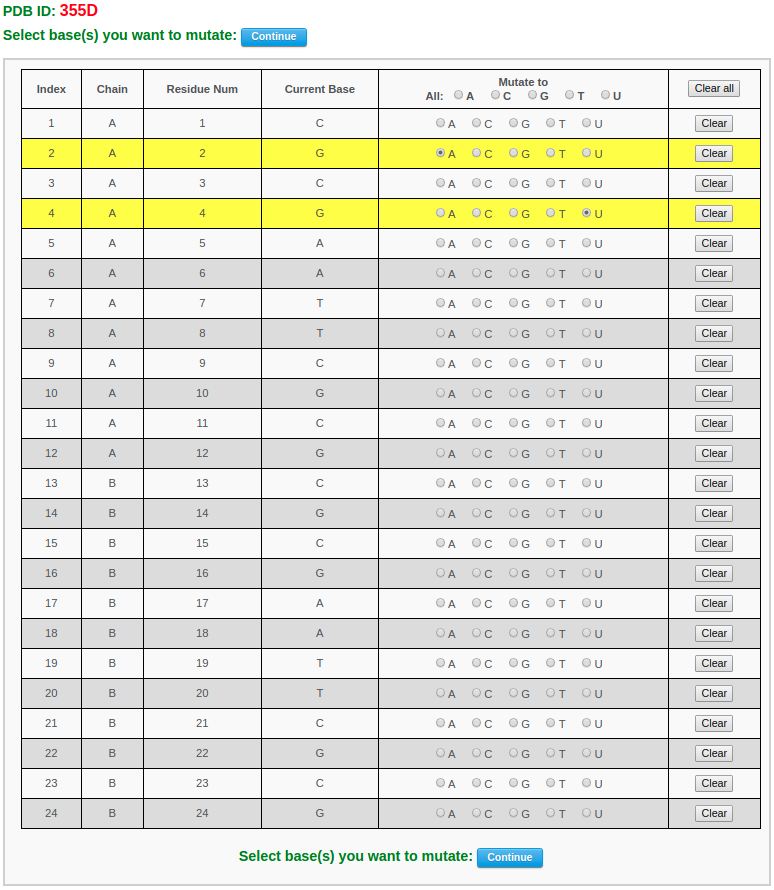 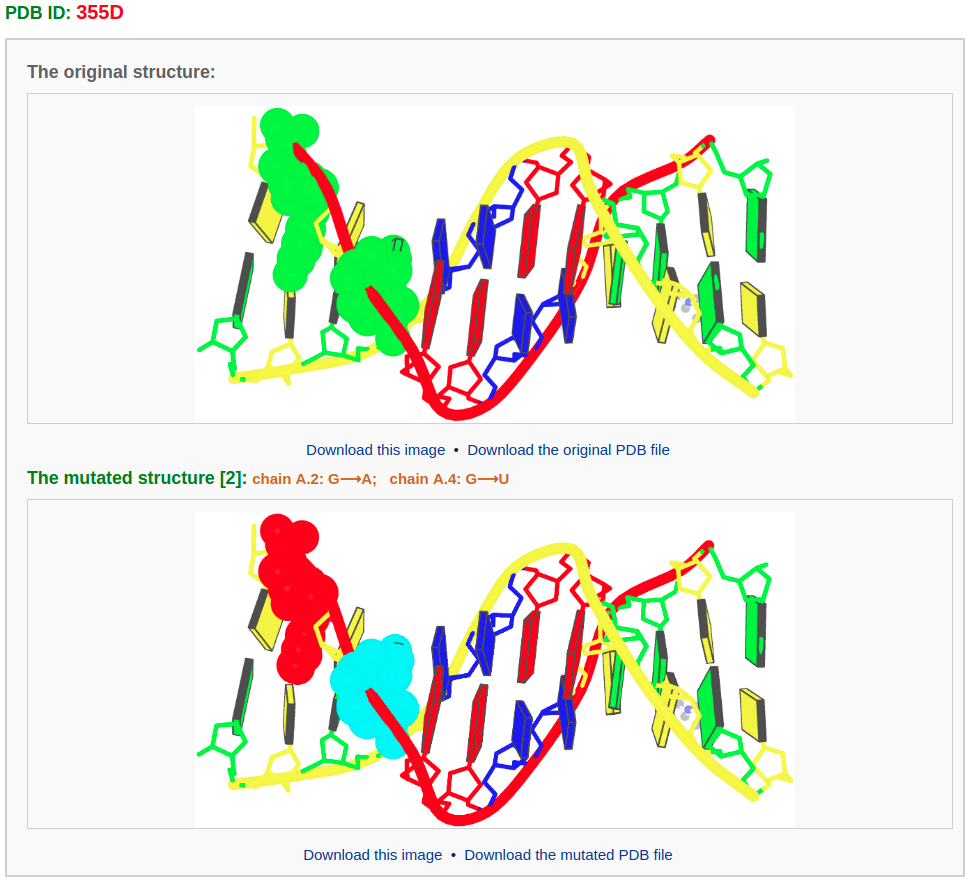 The text between the base-block images gives the number and identities of mutated nucleotides. 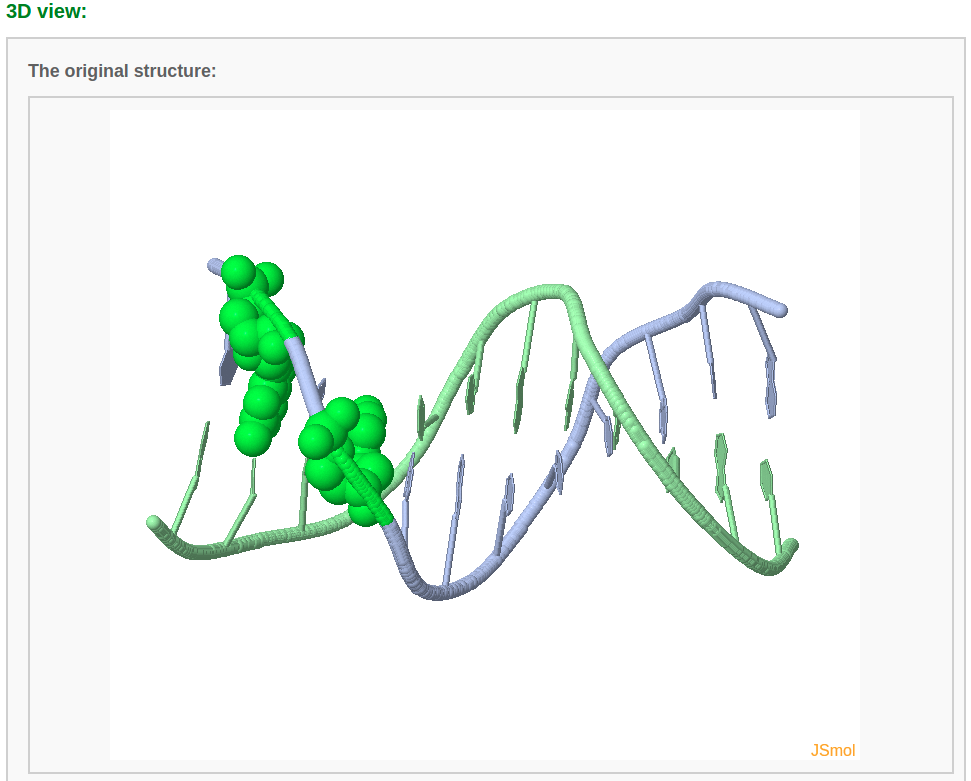 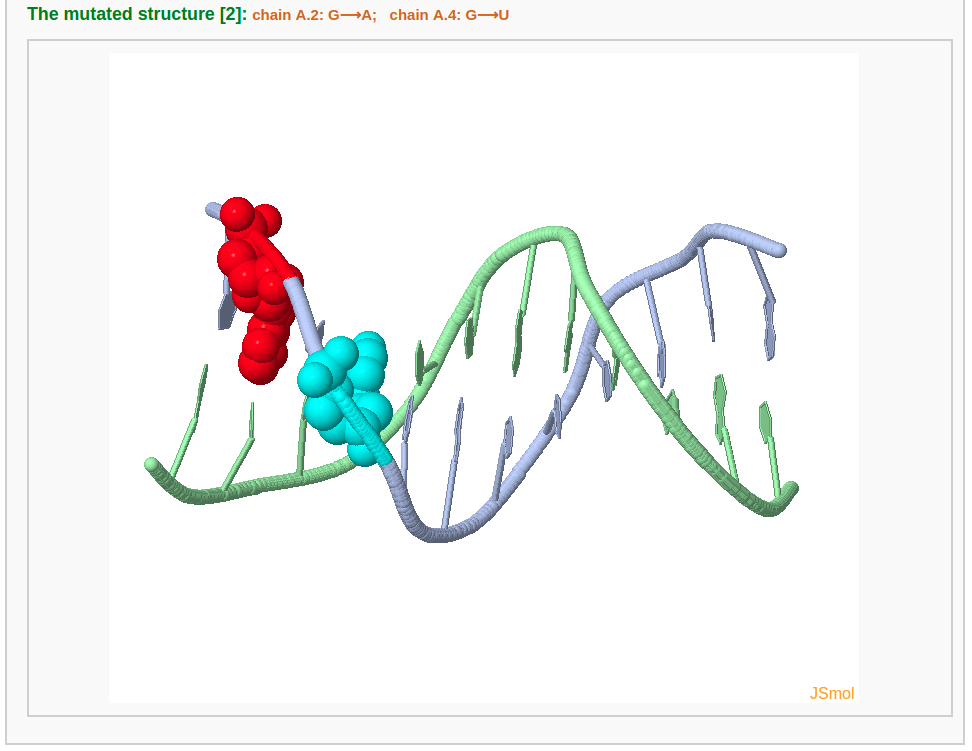 Example 6-2: Mutate a structure by uploading a PDB-formatted file

The user can also upload a PDB-formatted file to conduct base mutation(s). After uploading the structure and clicking the 'List all bases' button, the user follows a procedure that is similar to the example of mutating a structure by using the PDB/NDB ID.

The combination of mutation and fiber components can be used to build special DNA/RNA models, such as a G-quadruplex DNA model. The steps are as follows:

For this non-generic fiber model, the user should enter the number of nucleotide repeating units, for example "12".

After clicking the ‘Build’ button, the user is directed to a results page containing the constructed model. 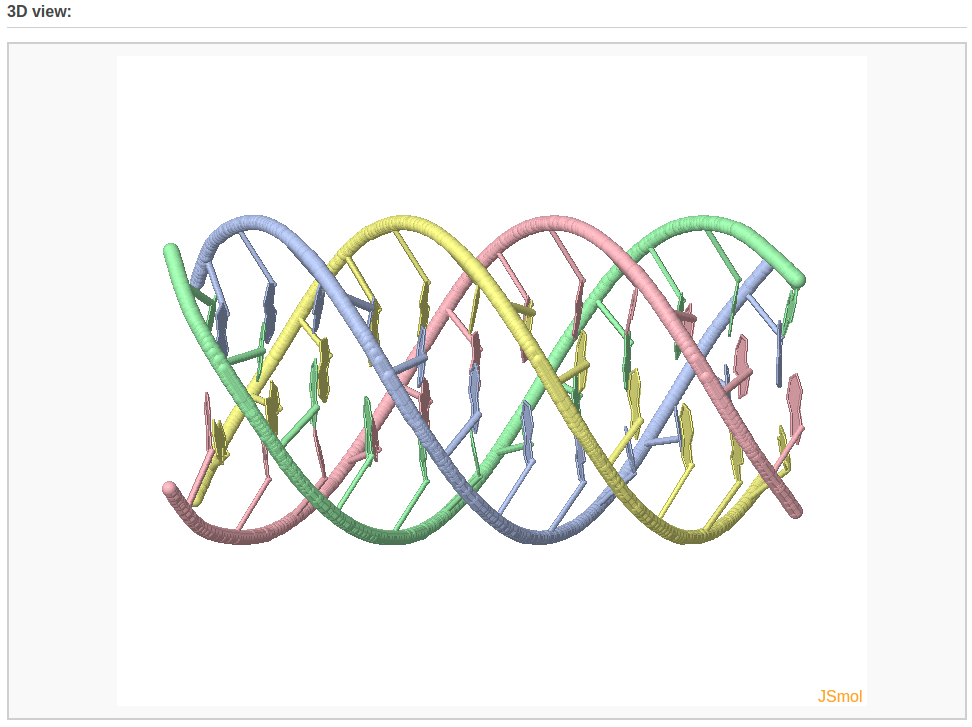 To build a G-quadruplex DNA model, the user needs to mutate all hypoxanthine bases in the current structure to guanine (G). Clicking the link "Use this structure for mutation" leads the user to a mutation selection interface. The interface contains a list of mutable bases. The user then chooses the option "Mutate to All G" and clicks the "Continue" button. The user will be directed to a results page with the mutated structure: a G-quadruplex DNA model. 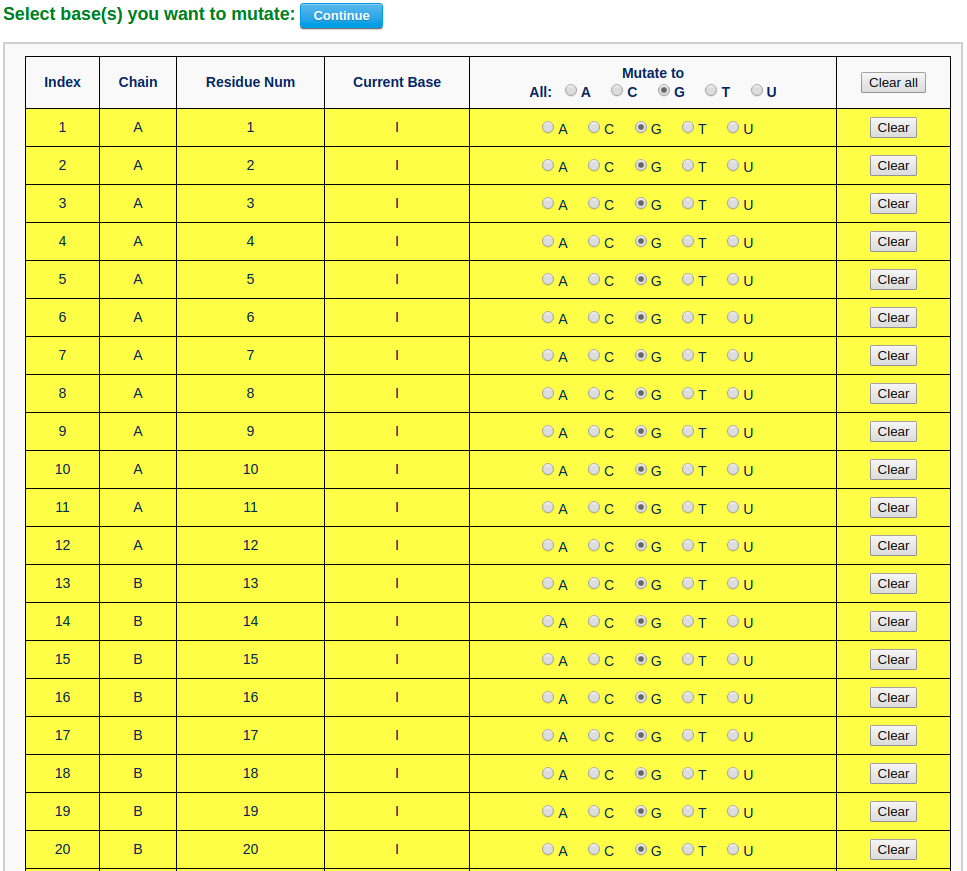 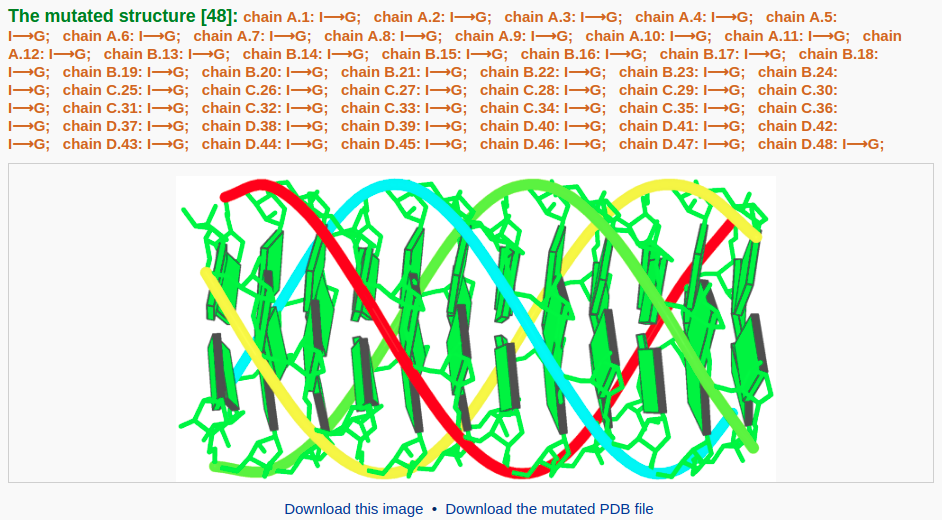